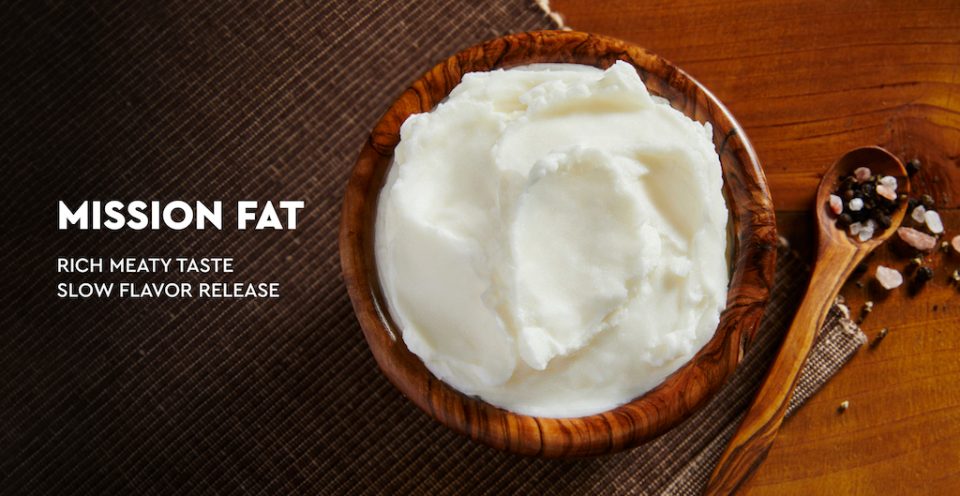 As I wrote back in October 2021 do consumers want hybrid plantbased and cultivated meat products or will they go the way of Tyson Foods ill fated Raised and Rooted Angus Beef/Pea Protein products? Well we’re getting closer to finding out. Cultivated fat producer Mission Barns have conducted research which apparently shows that “90% of consumers preferred meat analogs made with cultivated fat over plant equivalents.”

From a manufacturing perspective fat cells are much easier to grow than muscle cells, although “easier” is a relative term! According to Mission Barns CEO Eitan Fischer “We could grow, we believe, fat about 10x more efficiently than muscle… and so for that reason, we think we will have 10 times as much product and we’ll be at cost parity 10 times faster”. Which is all very well, but will people buy the products or, as I’ve said before, do people want either 1005 anima or 100% non-animal, not hybrids?

Mission Barns aren’t the only ones keen on the idea, Peace of Meat are providing avian cultured fat for the altchicken products from mycoprotein manufacturer Enough.

But even though the Mission Barns taste testing showed a preference for plantbased products using their fat, did they ask the consumers if they’d buy the hybrid product? I can’t find any indication that they did.In fact I can find no conclusive research on the subject, just that plantbased and cultivated fat companies think it’s a great idea! If anyone has seen some research hit me up.

Again, is it a technical solution looking for a consumer or the solution to a genuine consumer problem?

We’ll find out as soon as the first hybrid meat products hit the market. Hopefully US regulators will make their regulatory decision soon so we can find out.

Rise of the Insects!