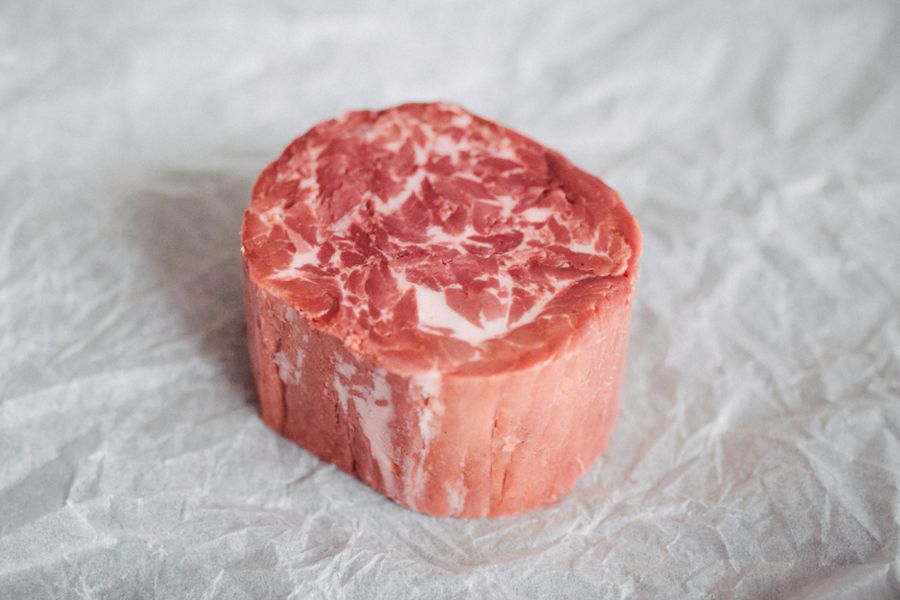 One of my favourite names for a company is undoubtedly “Juicy Marbles”. They produce plantbased filet mignon steaks that look awesome (see the photo above). As of the 25th February 2022 if you’re in Europe you can actually buy some from their website.

As I keep saying 2022/23 are going to be the most interesting years for alternative protein products that we’ve ever seen.

Apart from the rise of plantbased whole-cut products we’re seeing major ingredient advances. Like Givaudan releasing their PrimeLock+ encapsulated fat product which allows for “controlled fat and flavour release during the cooking process.” This could significantly improve the taste performance of plantbased products. We’re also seeing the release of high protein TruVail soy from Benson Hill with 50% more protein than standard soy.  This could reduce the processing required to produce protein for plantbased products. Another step in addressing the “ultraprocessed” tag often attributed to some plantbased products.

The goals of taste and price parity of plantbased products with conventional animal meat looms closer and closer.