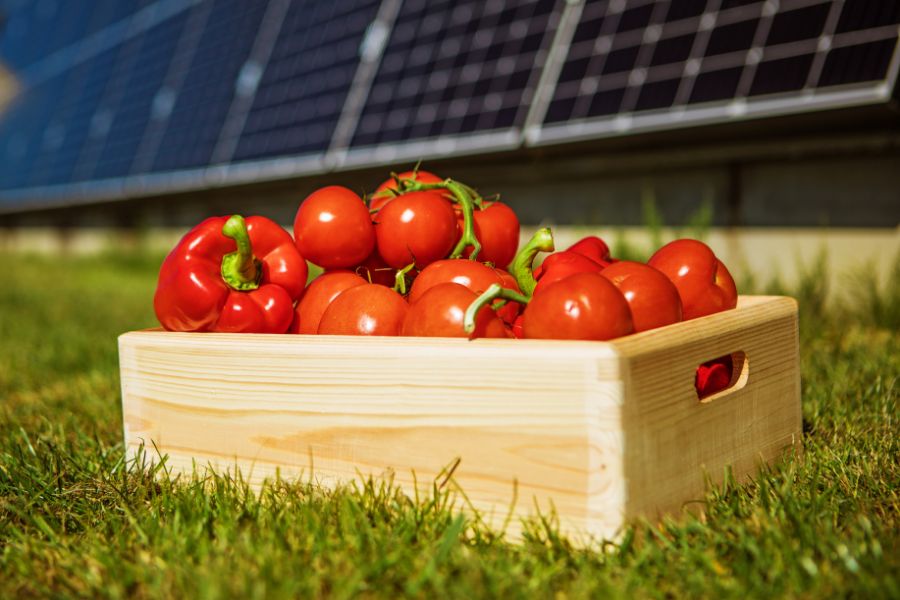 Agrivoltaics – a hi-tech and farming match made in heaven? It’s all about planting crops under solar panels. Crops can use up to 50% water and can triple their yield, plus increase the efficiency of the solar panels above them!

Researchers have found that crops like coriander, peppers and tomatoes grow just as well under solar panels as in the open, and can use 50% less water. The panels also shade the plants from the extreme heat associated with climate change, preventing yield loss. Similarly they protect crops from heavy rainfall.

The icing on the cake is that water evaporating from the soil and given off by plants cools the overhead panels, increasing their efficiency!

Using less water and increasing efficient usage of arable land are going to be key to feeding the growing population. They’ll need more energy as well so this solution could indeed be a match made in heaven!

The post-pandemic future of food

Why Does Innovation Fail?