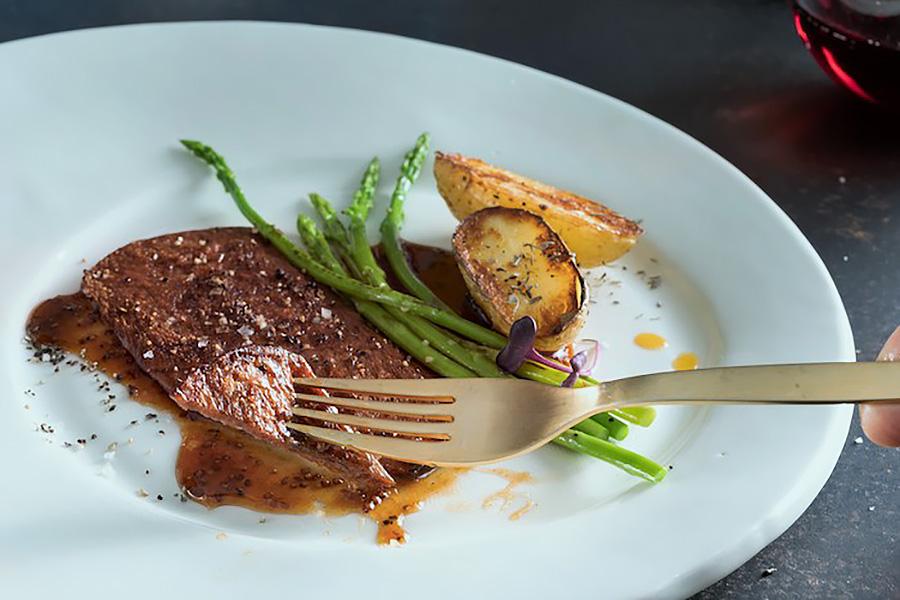 In the spirit of “it’ll never be a thing”, cultivated meat company Aleph Farms begs to differ. They even say they’ll reach price parity with conventional meat before plantbased products! Aleph will have a pilot BioFarm operational in preparation for a soft launch with chefs in 2022. By 2024 they’ll have “built up the infrastructure for a full launch”.

They already have a prototype commercial cultivated steak product “thin cut beef steaks”, have a look at the picture above. As usual scale is a major cost factor and that’s the been a major focus according to Didier Toubia, Co-Founder and CEO of Aleph Farms.

The biggest challenge from a consumer perspective will be the sensory experience. Aleph believe they have this well in hand and they’ll need to, as steak is expensive and people won’t settle for second best!

2020 may be the year we’d rather forget, but 2021-22 are also going to be years we won’t forget, for entirely different reasons. We’ll see cultivated seafood from BlueNalu, steaks from Aleph Farms and perhaps price parity with conventional meat from both alternative industries.

Food is now technology and technology is exponential, so don’t blink or you’ll miss it all!

Ready for some Juicy Marbles?