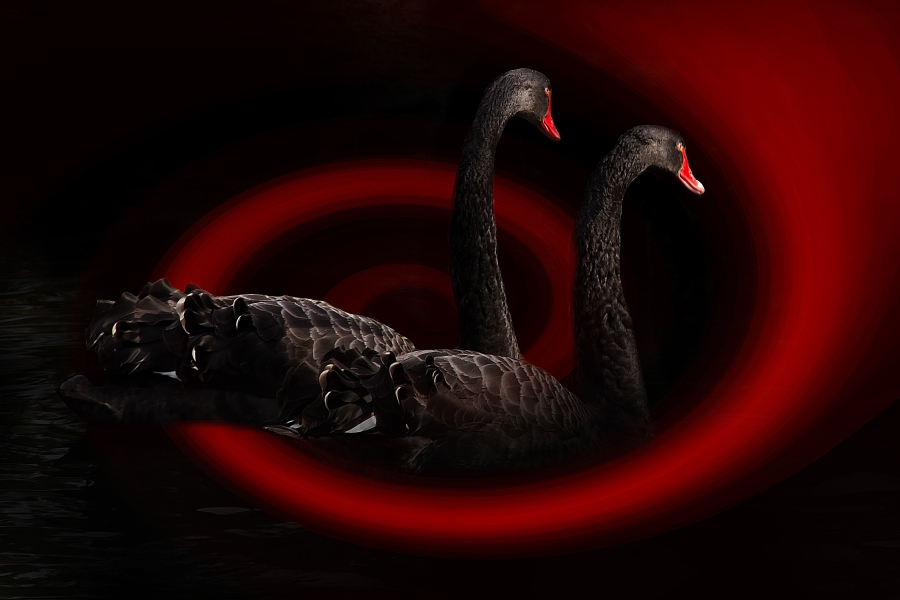 The bane of any attempt to predict even possible futures is the elusive Black Swan event, something apparently so unthinkable that we’re totally blindsided by the event.

There’s been quite a few articles on how the COVID-19 pandemic is a Black Swan event (e.g. ), but the truth is about as far from that as you can imagine!

Firstly, what is a “Black Swan” event? The original story goes back to the very definition of a swan in Europe. There was “a belief in Europe, dating back 2000 years to Roman poet Juvenal, that swans are invariably white. Like purple cows and flying pigs, the black swan was a symbol of what was impossible. In medieval Europe, unicorns had more credibility. Dutch navigator Willem de Vlamingh, by finding black swans in Western Australia in 1697, showed how risky it is to declare something impossible.”

However, the current popularity of the term comes from a book by Philosopher Economist Nassim Nicholas Taleb in his book “Black Swan: The Impact of the Highly Improbable”. Published in 2007 it gained notoriety in its prophetic prediction of the 2008 Global Financial Crisis. In his book he describes a Black Swan event as having three attributes

“First, it is an outlier, as it lies outside the realm of regular expectations, because nothing in the past can convincingly point to its possibility.

Second, it carries an extreme impact (unlike the bird).

Third, in spite of its outlier status, human nature makes us concoct explanations for its occurrence after the fact, making it explainable and predictable.”

Let’s look at each in turn

The current COVID-19 pandemic fails miserably to meet the first attribute! We have historical evidence of pandemics going back thousands of years into antiquity. Even the recent past has the infamous 1918 Spanish flu and very recently, SARS-COV-1 in 2003, Influenza H1N1 in 2009, MERS in 2012 and Ebola in 2014. If that doesn’t convince you a Pandemic Exercise was held in October 2019 in New York (ah, the irony!) accurately predicting the outcomes of a global coronavirus pandemic! Watching the video is an almost surreal experience given what we know today! Yes, some details, like it started in pigs, are inaccurate but it’s eerily accurate in so many other ways.  Add in articles like this one and warnings from Bill Gates in 2015, almost 5 years ago to the day on the 3rd April. In his TED talk Gates says “If anything kills over 10 million people in the next few decades it’s most likely to be a highly infectious virus rather than a war.”

But the most prescient was the prediction from a 2007 research paper that concluded “The presence of a large reservoir of SARS-CoV-like viruses in horseshoe bats, together with the culture of eating exotic mammals in southern China, is a time bomb. The possibility of the reemergence of SARS and other novel viruses from animals or laboratories and therefore the need for preparedness should not be ignored.” Published, ironically, by scientists from the Research Centre of Infection and Immunology, The University of Hong Kong.

Unfortunately the pandemic more than meets the second attribute of “extreme impact”.

But despite failing miserably as a Black Swan event many politicians worldwide are already taking to the third attribute with gusto! They are certainly on a mission to “concoct explanations for its occurrence after the fact, making it explainable and predictable.” It’s not my intention to judge the truthfulness of politicians claims, history will do that for us.

So it’s not a Black Swan event and even calling the event a “Grey Swan” is stretching the friendship. A Grey Swan event can be described as “an event that is possible and known, potentially extremely significant, but is considered not very likely to happen.”   I think it fails at the starting gate as it’s been predicted as very likely for over a decade!

All of the information has been readily available to for anyone to discover and has been predicted for well over a decade. We’ve even wargamed our response, but all to no avail!

So, we’ve done the scenario planning, we have the technologies, but we’ve failed in their application. We’ve been “lucky” that the fatality rate isn’t the 50% average of Ebola or the 34% of the more closely related MERS. This is potentially just an introductory lesson on the pandemic spread of a disease.

The biggest question is will we learn from this experience? We didn’t learn from SARS or MERS or even the recent Ebola scare. Surely this time we’ll use the experience to be better prepared for the next pandemic, and yes, there will be one!

The saving grace, if it can be called that, is the availability of amazing technologies in genetics and synthetic biology. The response time of science to the pandemic has been phenomenally quick, with laboratories lending each other equipment, companies offering vaccines at no profit and so many other examples of co-operation. Bill Gates is actually putting his money where his mouth is as, through his foundation, he’s proposing to build 7 vaccine plants worth billions of USD. But each one will only be capable of producing one type of vaccine and it’s unknown which type will be successful. Therefore, he’ll simply write off the 5 or so that’ll won’t be needed, at a cost of billions of USD, in order to save a few months of global fatalities and economic damage!

I’m greatly optimistic in our ability to weather the COVID-19 storm since we have the means to save the day.

To quote The Six Million Dollar Man – “We have the technology!”

The food and health industries are converging