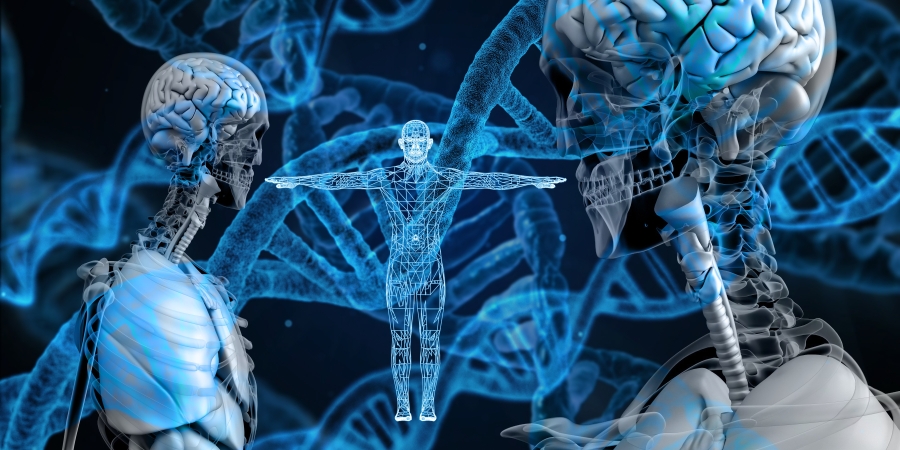 Most top trend articles look to consumers and the market as the determinants of future trends. However, asking consumers what they want isn’t always the answer. I want to instead look at the underlying new technologies driving the Future of Food over the coming years and even decades and how they’ll influence consumers. Like so many disruptions, these technologies largely come from outside the conventional food industries or are at best on the periphery. So, what are these technologies and why are they important?

When it comes to DNA based nutrition and health advice there are many companies offering direct to consumer DNA testing. These include myDNA, DNAFit, Orig3n and now even Ancestry are now getting into the nutrition space. Consumers simply buy a kit, send in a DNA sample (most often a cheek swab or saliva sample) and after 2-5 weeks receive a report advising them of their genetic nutritional predispositions. We need to realise that we’re at the very start of this remarkable technology and accuracy can be low for some of the advice being offered. Indeed, some people have had their DNA analysed by different companies and received conflicting advice on some of the foods they should or shouldn’t eat. That said, once the magic USD100 WGS is reached, and therefore more and more sequencing is performed and analysed, the accuracy of the results on food tolerances and susceptibilities to food problems will increase exponentially. This means that people will then start to be able to reliably use their genome to help predict the foods they should eat.

We’re also starting to understand how the environment affects and modifies how genes are expressed, known as the epigenetic effects. Indeed, some of these modifications can be passed on to our offspring. Nutriepigenetics, how our nutrition effects how our genes are expressed, is the new logical outgrowth of this rapidly growing field.

At this point we have a lot of correlations between our DNA and our nutrition, but in a lot of cases causality has yet to be proven.

Diet and drugs, particularly antibiotics, are the largest environmental influences on our microbiome. But even exercise has been shown to influence our gut microbiome with a study showing that elite athletes have higher levels of Veillonella bacteria in their gut. Adding these Veillonella bacteria to mice increased their performance by 13%. These bacteria increased performance by producing a short chain fatty acid called propionate which increased performance by counteracting inflammation.  One of the study’s collaborators was from a probiotics company called FitBiomics, so it looks like we’ll soon see custom microbiome offerings claiming to boost sports performance. How will this be regulated, will it be like drug use and athletes will have to undergo microbiome testing?

That the gut microbiome has an enormous affect on human health is indisputable. What these exact affects are is less clear, but the amount of research is expanding exponentially, so watch this space closely.

That said we already have many companies offering microbiome analysis and claiming to be able to advise on what foods we should or shouldn’t eat. Companies include DayTwo, based on studies at the Weizmann Institute in Israel and Australian company Microba, an offshoot of The University of Queensland. We’re in much the same position here as with the Genome analysis with lots of correlations but less proven causality.

This industry aims to produce traditional animal products without the use of the animal. It’s had a lot of publicity, particularly on the cell-based meat front. Conventional meat organisations are largely fighting a rear-guard action to block the products. This will probably have as much long-term success as the music industry had trying to ban digital music.

Fish are also the target of cellular agriculture companies. Especially products such a Bluefin Tuna, which are in decline and extremely expensive.

Their advantage compared to their conventional counterparts is that their nutritional profile can be tailored. For example, for low cholesterol or fewer saturated fats and more unsaturated fats.

When will this all this reach the mainstream market? Opinions vary but my prediction is that we’ll see small scale commercial production in 2025 and by 2035 the industry will be worth 10 % of the current global USD1.4 trillion conventional meat market.

Synthetic Biology works by inserting the gene for a particular molecule into a microbe. You then grow these microbes in large fermenters, and they produce the molecule you want. Next you remove the microbes, harvest the molecule and process it into your end product. Obviously that’s the very simplified version, there’s lots more technology involved and it’s a lot more difficult than those three sentences make it seem.

Until now this technology has attracted less controversy than cellular agriculture products. This is because it’s largely targeting products with a massive shortfall like whey and casein or strongly growing markets for products like egg whites. Although this could soon change with US company Perfect Day recently releasing a proof of concept batch of ice cream made with “animal free whey” and they had a food truck giving away product all over Los Angeles. Perfect Day’s big advantage lies with their partnership with ADM, a USD62 bn revenue ingredients company as this addresses the major hurdle any startup company faces, scale-up. Expect to see commercial quantities of their whey protein product by 2021. Also worth a mention is New Culture, a startup working on the other major milk protein, casein. They’ve just received US3.5m in seed funding, lead by Evolv Ventures, the VC arm of Kraft Heinz. Their technology is based upon recreating the casein micelle, a “supramolecular” structure that they claim enables the creation of animal free cheese products superior to 100% plantbased products.

The potential for the replacement or nutritional tailoring of numerous food products using acellular technology is vast. The current products mentioned above are just the tip of the iceberg.

There’s a huge number of products in this space, including protein from electricity for Solar Foods, protein from wood by Arbiom and protein from CO2 by NovoNutrients. There’re many more products under development with few currently commercially available but expect to see some novel products come to market in the next 2-3 years.

The most prominent products in this space are the proteins that can be used to make products that closely mimic conventional meat products. Plantbased proteins such as pea, soy and bean-based meat alternatives are a large part of this growth as well as lesser known entrants like oats.

This is an area with some high-profile new players such as Impossible Foods, Hungry Planet and Beyond Meat as well as many other smaller players. That this is no mere fad is confirmed by the entry of major meat and food companies from Nestle to Tyson to Smithfield farms. Driven by the rise in flexitarianism (where consumers “flex” between plant based and conventional meat products) and sustainability concerns this market will continue to grow strongly.

Another key attribute of these products is that they can be tailored for their nutritional composition and work well with the recommendation to feed your microbiome high amounts of fibre.

Imagine a world where all consumers can readily and cheaply determine their;

Based on this they then choose foods specifically tailored to their individual needs so they can optimise their health and longevity.

This gives us the ultimate Future of Food, which results from;

That this is indeed the case is illustrated by the entry of major food companies into the personalised nutrition space. The world’s largest food company, Nestle, states quite clearly on its Nestle Health Science website that they “believe that the food we consume on a daily basis is the largest single influence on our health.” In support of this Nestle rolled out its “Nestle Wellness Ambassador” program in Japan in 2018, bringing together artificial intelligence, DNA testing and Instagramming of food. Using an app, consumers upload their data and are then sent personalised lifestyle suggestions and can purchase capsules to make personalised nutrient rich teas, smoothies and snacks. More recently Nestle acquired Persona, a personalised vitamin business, which will operate under Nestles Atrium Professional Brands.

Another example is Mars Incorporated setting up its Mars Edge subsidiary in 2017 “dedicated to human health and wellness through targeted nutrition.” (Mars website) In June this year it upped its personalised nutrition credentials by taking a majority stake in German functional food and beverage company Foodspring.

So if the role of food companies becomes to supply products to optimise their customers health, then what industry are they in? I’d argue that they’re then in the health industry.

The most significant technology in the history of mankind!

What are molecular foods?