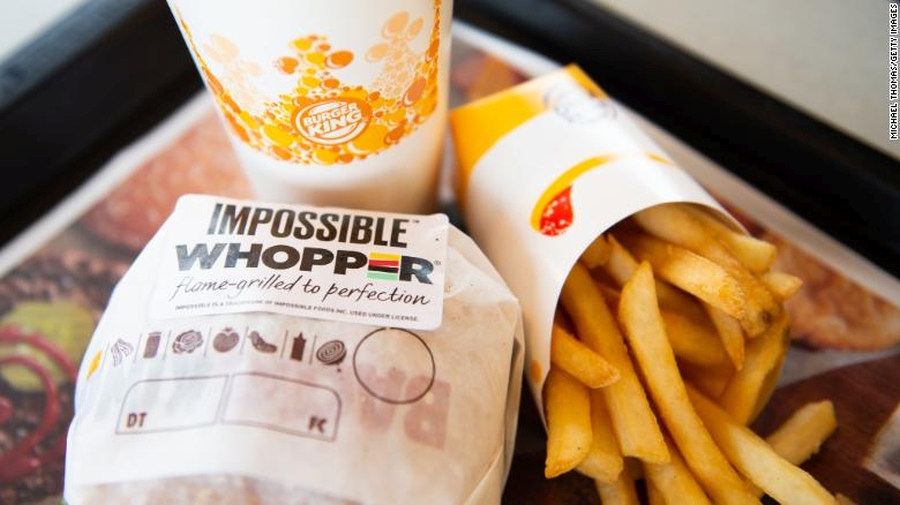 The Impossible Whopper is the first synthetic biology (synbio) food  knowingly and consistently eaten at scale by consumers. Synbio products will be essential to feed the planet in coming decades and it’s a positive sign that these products can be acceptable to consumers.

There’s a few takeaways from the recent article showing consistent Burger King store traffic increases due to their release of the Impossible Whopper.

The heme used by Impossible Foods is produced by genetically modified yeast and they’ve been quite open about this. So this is the first synbio product directly, knowingly and consistently eaten by consumers (rennet’s a different story). This is encouraging as the use of synthetic biology will be an essential technology to feed the growing global population expected to reach 10 bn by 2050.

Some say that “highly processed” products like the Impossible Burger won’t be popular because they’re not “whole foods”. However this ignores that consumers are not one dimensional in their choices. We all look at “what’s in it for me” when we purchase, whether the product simply solves a physical problem or it meets a psychological need.

My thoughts on some of the purchasing decisions on the Impossible Whopper go something like this;

Consumer thinks (correctly or not);

On balancing all of these points the consumer goes “WTF I’ll try one!”

Lastly it demonstrates why BK so quickly ramped up the sale of the Impossible Burger to national release. That’s because consumers keep coming back and it drove a 2% national traffic increase vs McDonald’s since its release and a Whopping 18% in the St Louis trial stores!

It’ll be interesting to see how the McDonald’s Beyond Meat trial goes in Canada. Will it be as successful as BK or are they too late to the party, at least in North America?

The Animal Empire Strikes Back!