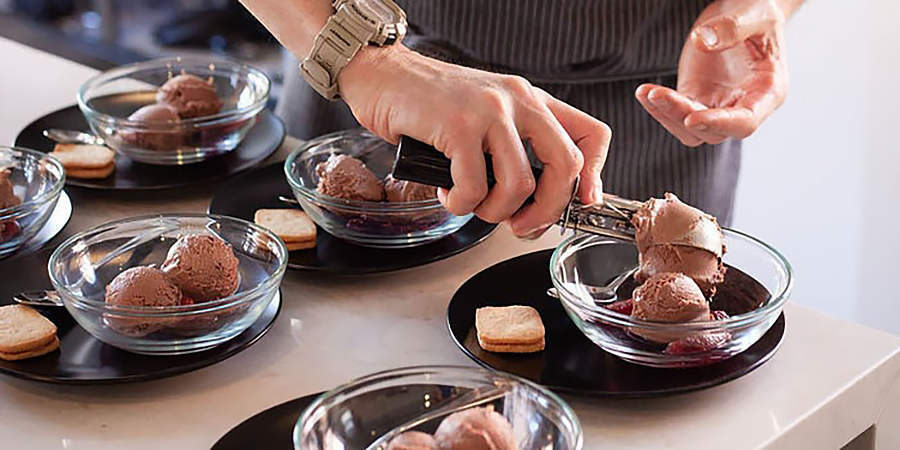 Synthetic Biology (synbio) is now going mainstream and appearing on consumers radar in the form of food products. As with any significant new technology it requires a “social licence”  from consumers for that technology to be successful. We need to feed 10 bn by 2050 and a suite of technologies will be required, so we can’t afford to have synbio go the way of GMO technology!

As I’ve mentioned before synbio is a technology with the power to change the world. It’s basically a technology where microbes have DNA inserted into them and are then used to make useful compounds. Numerous startups are producing everything from food, fibres and medicines. “Tinctorium, for example, produces blue jeans with a synthetic indigo dye made with microbes rather than toxic chemicals and petroleum products; Bolt Threads produces a high tensile “Spider Silk” from bacteria; Decomer makes an alternative plastic packaging from microbes; and Evolva produces synthetic spices such as vanillin.” In the mainstream world the most well known drug product is insulin and less well known is rennet, used to make cheese. Rennet was originally produced from the fourth stomach of a few day old calf but since 1990 the major component, the enzyme chymosin, has been produced by genetically modified microbes. In fact, 90% of cheese in the US is made from this Fermentation Produced Chymosin (FPC)! So synbio has quite a long pedigree.

Until now Synbio products have pretty well flown under the radar, particularly in food. But this has changed with products like the Impossible Burger and Perfect Day’s proof of concept ice cream hitting the market Interestingly, the Impossible Burger is yet to experience any significant backlash from its synbio heme. Perfect Day is producing “animal-free” whey, a key milk protein, and used this to make a concept quantity of ice-cream. Ryan Pandya, CEO and co-founder of Perfect Day says the reason for the release was “We have an unreasonable amount of inbound inquiries coming from like every food company in the world at this point …It’s more than we could possibly send samples to and it wouldn’t make sense to have bespoke conversations with every single one. They all pretty much have the same first five questions: What is the protein? What do you call it? Does it taste good? Do consumers like it? How do you describe the ingredients? This ice cream answers all those questions while also kind of showing consumers tangibly what it can do.” Consumers snapped up the concept product, but in limited quantities and perhaps bought by “true believers”. The real test will come when commercial quantities of products using this “animal-free” whey are taken to market.

The term “Synthetic Biology” obviously wasn’t chosen by a marketer to woo the consumers! Perfect Day is trying to popularise the term “flora-based”, but that just seems clumsy and confusing to me. The food industry needs to apply some of its immense marketing resources to the question before it’s too late!

The important challenge is to ensure that synbio (or whatever we end up calling it!) products don’t end up being demonised like GMO products. Perhaps Impossible Foods products offer us some hope because, unlike GMO technology, it addresses the perceived “what’s in it for the consumer”. Perhaps the health, sustainability and animal cruelty advantages and the backing of a mainstream food company, Burger King, are enough to outweigh any consumer concerns over the synbio heme.

The future is indeed bright with synbio in our food manufacturing armoury, but we can’t become complacent. With 10bn people to feed in 2050 and finite resources we’re going to need every weapon at our disposal, probably including conventional means, to feed the planet. We cannot afford to have such a valuable technology demonised and politicised.

Are Feed Additives Companies in the Animal Industry?

Does a love for plant-based products help save the planet? By Ryan Harvey