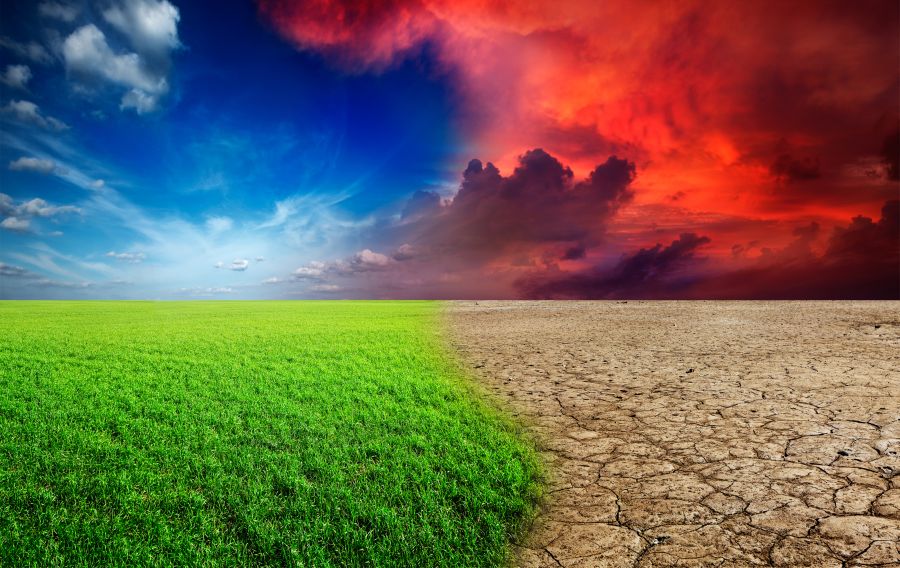 Another great piece from guest blogger Ryan Harvey, this time about the ongoing climate impact debate, in particular conventional vs plant-based products. Interestingly Ryan addresses this from an Australian perspective, to recognise that not all conventional meats are created equal!

This article focuses on the promises and counter arguments made by the alternative and traditional protein worlds. This article offers a scientific look at some of the promises made by both sides to understand whether the foods we’re being sold really live up to the label.

In this article we discuss the environmental impact of different proteins. Common in the marketing of alternative proteins are the notions of “eco-friendly”, “earth-friendly”, “sustainable” and creating a “smaller footprint”.

Impossible Foods exemplifies this with their claim:

This is a broad statement, so they back it up with the following infographic based on their lifecycle analysis. 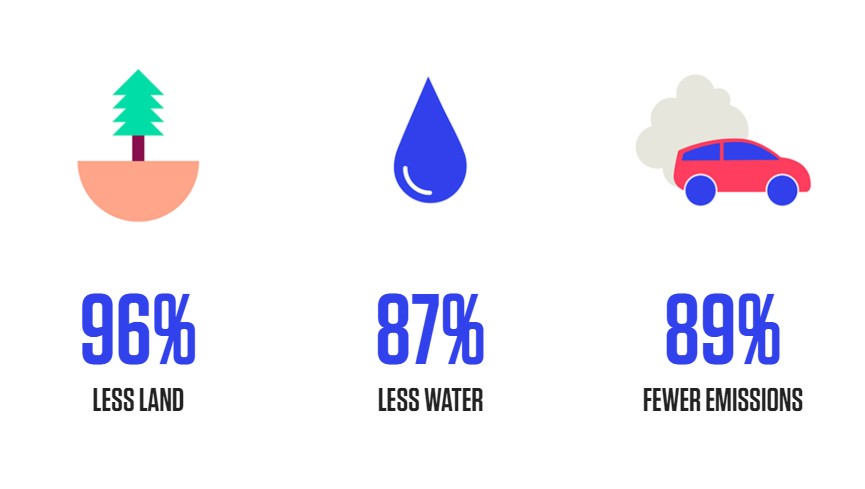 These claims are mirrored in the marketing rhetoric of Beyond Meat, MorningStar Farms and many other alternative protein purveyors.

So are you saving the world by eating alternative proteins?

It can be very difficult to pin down the environmental impact of a product. Pork for example, comes from dozens to hundreds of different supply chains all around the world, with wildly varying travel distances, cultivation and feeding methods, processing methods etc. The plot below shows the variance possible within each of the traditional protein products. 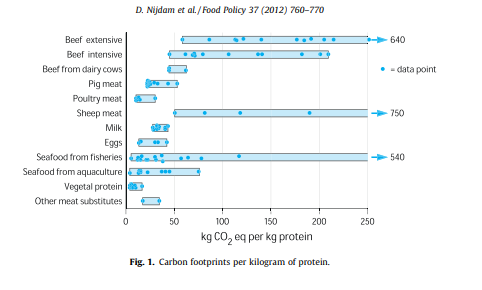 With this degree of variance, how can we possibly make informed decisions about our food?

While it’s fairly valid to suggest beef has more impact than chicken, decisions are best made based on the product one is presented with and the supply chain from which it is sourced. As such, this analysis looks at Australian products, such that the Australian consumer can make informed choices. Note this analysis assumes alternative proteins are produced and consumed in Australia.

The following plot shows the CO2 eq emissions of conventional and alternative protein sources on a per kg protein basis and a per calorie basis: 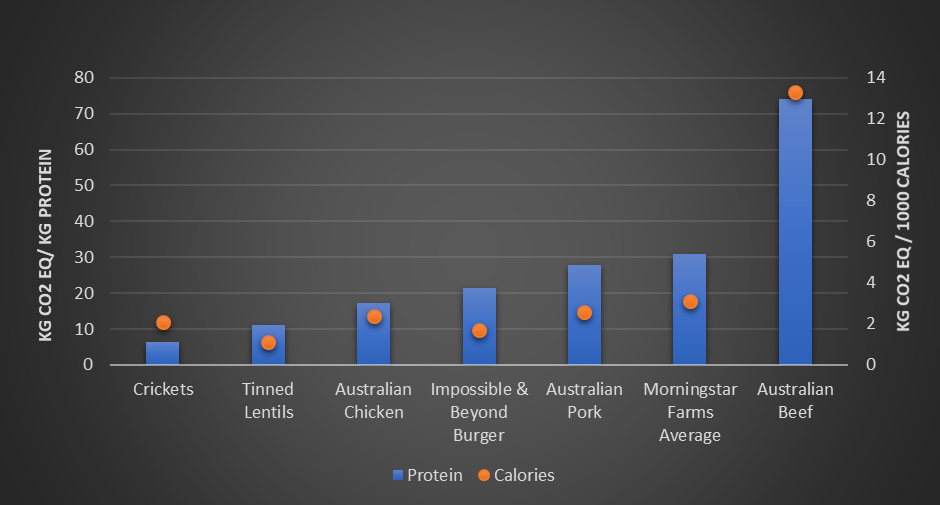 This plot combines lifecycle analyses from the peak bodies for Australian pork, chicken and beef, as well as the LCAs from Impossible, Beyond and Morningstar.

This plot has the following interesting findings:

“I thought impossible was better than all meat!” we all scream in terror!

Impossible aren’t liars, they just presented their information by kg and compared to their primary competition beef. When we compare Impossible to beef on the basis of calories or protein (which are much more useful metrics) Impossible’ s claimed 89% reduction in emissions compared to beef becomes a 70% reduction, still substantial, and if we compare them on the basis of calories, it remains in the 90% range.

The fact that Impossible is not more efficient than chicken on a per kg protein basis is not the end of the world either. They aren’t trying to compete with chicken.

The fact that MorningStar Farms is outperformed by pork is frankly baffling but perfectly demonstrates the disconnection between marketing promises and reality.

So, are you saving the world by eating Impossible? Kind of.

Impossible is certainly better for the world compared to beef, but if their marketing said “more efficient than chicken on a calorific basis but not protein” I Imagine they wouldn’t sell quite as well.

We make assumptions every time we buy food, some more accurate than others. Hopefully this discussion demonstrates not only that some foods are better than others but the degree to which that holds true. If you really want to eat environmentally responsible you should probably just eat lentils.

China leads Australia in support for Plant Based Meat