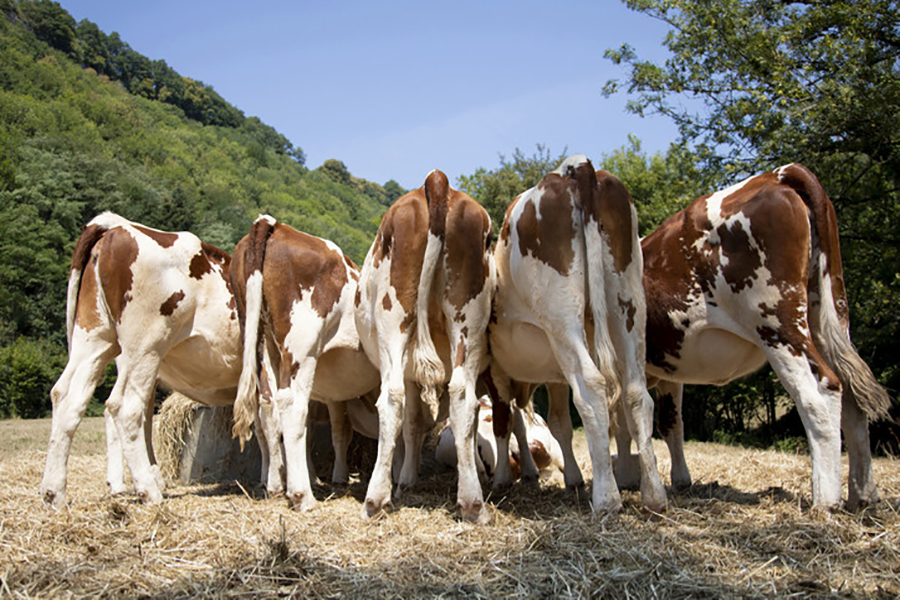 Greenhouse Gas (GHG) emissions by industrial animal farming are a major concern and figure heavily in the arguments for cell-based and plant-based meat alternatives. If the methane production of cattle can be reduced by 95% by the use of another alternative protein, what then?

A study in the February edition of the journal Animal Microbiome has shown that  it may be possible to reduce methane emissions by cattle by 95%! Ironically by the use of an alternative protein source, red macroalgae.

Methane is of great concern as a GHG because it has a 28 times greater global warming potential over the 100 year time-span.  In the US cattle, sheep, and goats are responsible for some 25% of methane production (eneteric fermentation in the figure below) and manure management a further 10%. 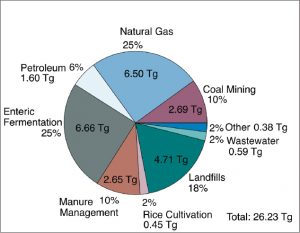 Figure 1: Anthropogenic sources of methane emissions in the United States in 2015, excluding land use, land use change, and forestry, according to the U.S. Greenhouse Gas Inventory. “Other” includes other industrial and agricultural sources. SOURCE: EPA

This GHG production by the industrial animal farming industry is a major factor in the argument to restrict and even replace the industry. So why do cattle and other ruminants produce methane anyway?

There’s been a lot work on using feed additives to inhibit methane production but while some have been shown to work, some also decrease VFA production. This then decreases overall nutrient availability to the animal, a non-desirable side effect. Can this be achieved?

In this study the red macroalgae supplementation at up to 5% organic matter reduced methane production in cattle by 99% without significant negative impact on VFA or digestibility. Whilst these were laboratory simulations they show great promise in reducing methane emissions in ruminants generally. Interestingly this was achieved both by inhibiting methane production and a change to the microbiome. 5% is also a practical amount for inclusion in cattle feed so this is a potential real world application.

There’s a lot more work to be done, including microbiome analysis and long-term field trials. Then the infrastructure for massive supply of the material is required, so it’s many years away from implementation.

If industrial animal farming doesn’t produce methane will it change the balance in favour of conventional meat production? Who knows, but it’s a dynamic space with high technology on both sides, so never say never!

Do you want to know how to predict the Future of Food? – Pt 2

The 2 things keeping Directors and C-Suite Execs up at night!

Mosquitoes bite your microbiota, not you!

Synbio will eat the world, and the world will eat synbio