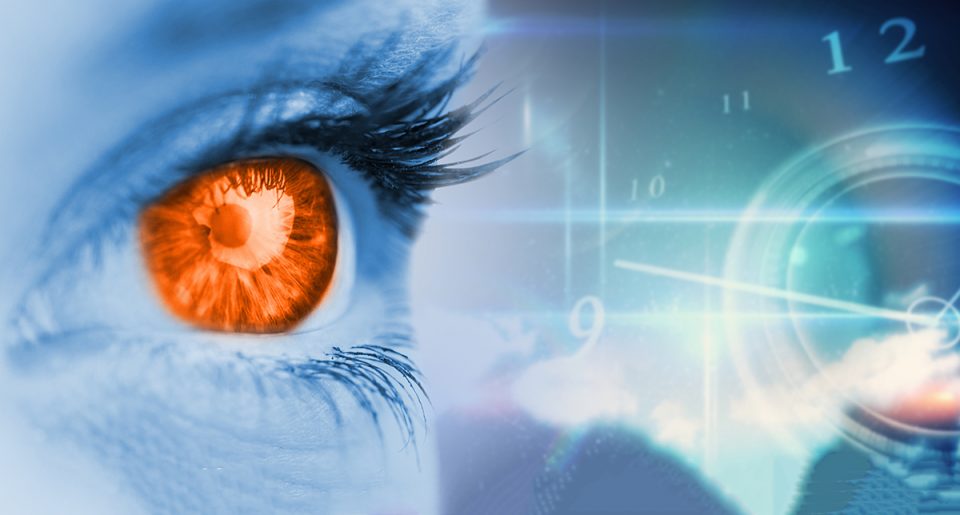 In part 1 the short answer of how to predict the Future of Food was with a lot of research, hard work and imagination! I can only reiterate that even having a “probable”, “possible” or “preferable” future is better than being blindsided. Most importantly, although the possible futures are infinite, we can influence which ones will become reality.

In this article I’ll present a more detailed look at two of the foresight techniques I mentioned in part 1.

Scenario planning isn’t a recent invention, it was used by the RAND Institute in the USA in the 1940s and then by the Stanford Research Institute. The technique was further refined by oil company Shell, who used scenario planning to prepare for the oil crises of the 1970’s and 80’s.

Scenario planning is about creating future outcomes to offer alternatives to optimise a company or even a county’s response to various futures. So how many scenarios is enough?

As with many choice based systems an even number is best, since with an odd number the default is too easily the “middle way”. So how many can most people cope with? Five seems to be what most people consider to be the maximum, but five’s an odd number so four is my recommended number.

There are a few different process models and a very good one is from Andy Hines, which involves;

1.      Framing- Making sure that the project is properly defined.

4.      Visioning – What are the alternative futures? Which one do we want?

5.      Planning – Generating a specific planned roadmap to the future.

6.      Acting – Making better informed decisions in the present to realise our preferred future!

Following such a process certainly takes time and resources but has the advantage or bringing rigour to the foresight preparation.

A great example of the application of scenario planning, in this case for a country, is the 2016 Australian CSIRO Futures report, Australia 2030.

In the report they identify four scenarios;

In the report the authors take global megatrends and use them to propose some possible futures and then consider how Australia could profit or lose from those scenarios. They consider the profit or loss in relation to economic, social and environmental impacts of each scenario. This is an important point because which impacts you choose to evaluate are critical to how you view the desirability of each future. By choosing the mix of these three items Australian governments have a choice on how to influence the desired outcome.

For Australia the first three scenarios are relatively positive, with the fourth being decidedly negative. Which future, if any, is coming true is beyond the scope of this article but the report makes fascinating reading!

As a final observation the most evocative description of scenario planning I’ve seen is from Pierre Wack of the Shell scenario team.

“I had the feeling of hunting in a pack of wolves, being the eyes of the pack, and sending signals back to the rest. Now if you see something serious, and the pack doesn’t notice it, you’d better find out — are you in front?”

If that resonates with you then maybe scenario planning is the method for you!

The three horizons model divides the organisations focus between executing current strategies and simultaneously envisaging and developing new capabilities. The technique is about exploring the future as the interaction of three time/activity horizons. It helps to balance the focus from now through to the future and helps ensure a balance between the competing resources required to fulfil the demands of each horizon.

Horizon 1 – The way we do things now.

The declining horizon, where products start failing to adequately meet the needs of the changing environment. This horizon’s all about management!

The transition horizon, where emerging innovations arise to address the deficiencies of horizon 1. Entrepreneurial thinking is what’s required here.

Horizon 3 – How we will do things in the future.

The transformative horizon, containing many unlikely and unrealistic possibilities. Now it’s about “I have a vision….”

This can be neatly illustrated in the picture below. 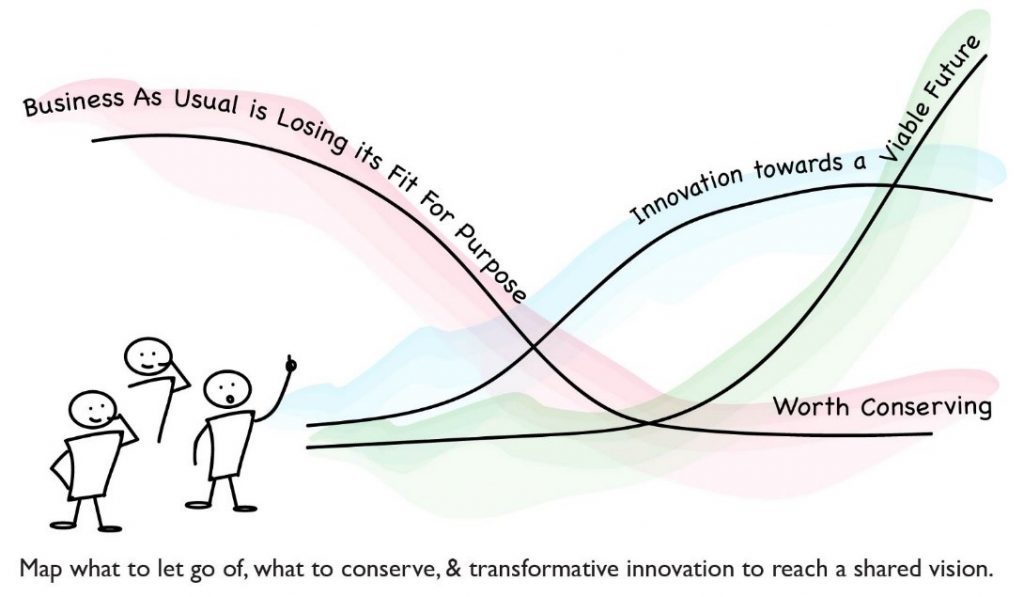 It’s a proven and useful technique used by organisations from governments to businesses to think about the future allocation of resources.

There’s been some recent criticism of the 3 Horizons model in the Harvard Business Reviewbut my opinion is that this is only minor. Basically, the criticism is that horizon 3 thinking has traditionally been thought of as “long term” (3-6 years) but companies like Uber and AirBnB have disrupted industries much quicker. In reality that just means adjusting the position and duration of the curves for your particular industry. It’s still a case of forewarned is forearmed.

Which one of these appeals to you and why? Let me know in the comments section below.

In Part 3 I’ll look at my favourite foresight technique, The Voroscope.

(Want to have a go at predicting the alternative futures of your food company for fun and profit then contact me at tony@futuristforfood.com)

What if cattle didn’t produce methane?