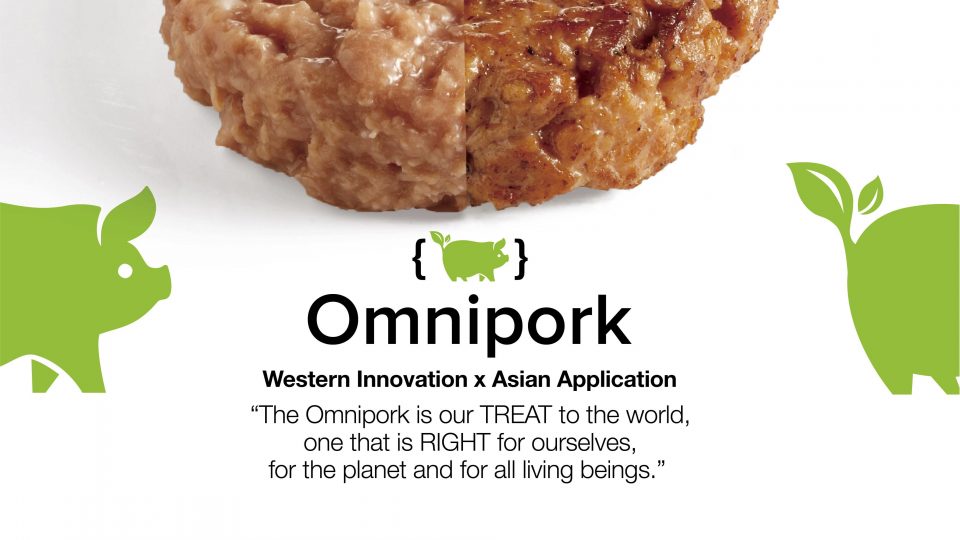 China is the largest consumer of pork in the world at some 45% of world consumption. 65% of meat consumed in China is Pork and there’s concerns around the environmental impacts of the industry. OMN!PORK is a local Hong Kong product so it’s not a Western product trying to gain traction in China.

Founder of OMN!PORK David Yeung recently released a statement to GreenQueen in Hong Kong encouraging people to eat the plant based pork replacement. In it he says “The likes of emerging global food tech powerhouses such as Beyond Meat, Impossible Foods, JUST, Memphis Meats aren’t just some plant-based meat initiated by vegans for vegans. These are innovators and scientists trying to address this most urgent crisis our planet is facing. It is not an accident that the United Nations just gave its highest sustainability award called “Champions of the Earth” to the founders of Beyond Meat and Impossible Foods.”

The product has been specifically formulated for Asian palates vs products like the Impossible Burger and Beyond Burger. To tailor the product Yeung enlisted “a Michelin star chef — Li Yuet Faat at Ming Court — to tackle a few Chinese staples.” They needed to try 7 versions of xiaolong bao, steamed soup dumplings typically stuffed with pork, before they were happy with the recipe. Apparently it’s different to the pork product but “the omnipork soup dumplings were still tasty”.

It’s also in line with the Chinese governments push to cut meat consumption by 50% as published in it’s 2016 Dietary Guidelines. China obviously realises that their growing middle class will strain the country’s resources, particularly the resource intensive meat industries.

It’s interesting to see Asia following the alternative protein trends with products such as OMN!PORK and the recent establishment of cellular aquaculture company Shiok Meats in Singapore.

Whilst Australia seeks to stifle plant and cell based meat alternatives through legislation, other countries get on with the job!