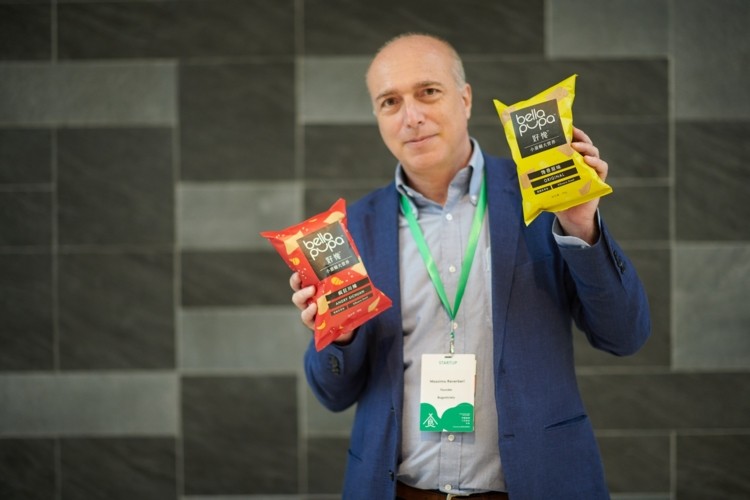 Insect company Bugsolutely has launched its Bella Pupa silk worm snack. Over 2 bn people eat insects regularly and silkworms are an underutilised source of insect protein. Over 500,00 tones of silkworms are produced in China with the majority being used as animal feed. Silkworms have been shown to be a great source of high quality protein and fats for human consumption. Using silkworms adds to the armoury of the usual cricket, mealworm and black soldier fly sources of insect protein.

The product is a chip type snack and contains 20% silkworm powder, coming in Original and Angry Sichuan flavours. The article quotes  Massimo Reverberi, founder of Bugsolutely as saying “We are really excited: after one year of R&D, we have a yummy snack with very good nutritional values. The product won the Innovative Award from the Food and Beverage Innovation Forum”. It’s being released in Shanghai first and then other traditional insect eating provinces. The total population of those provinces is over 600 Million, not a bad market!

A great example of up-scaling an underutilised source of high quality protein and fat.