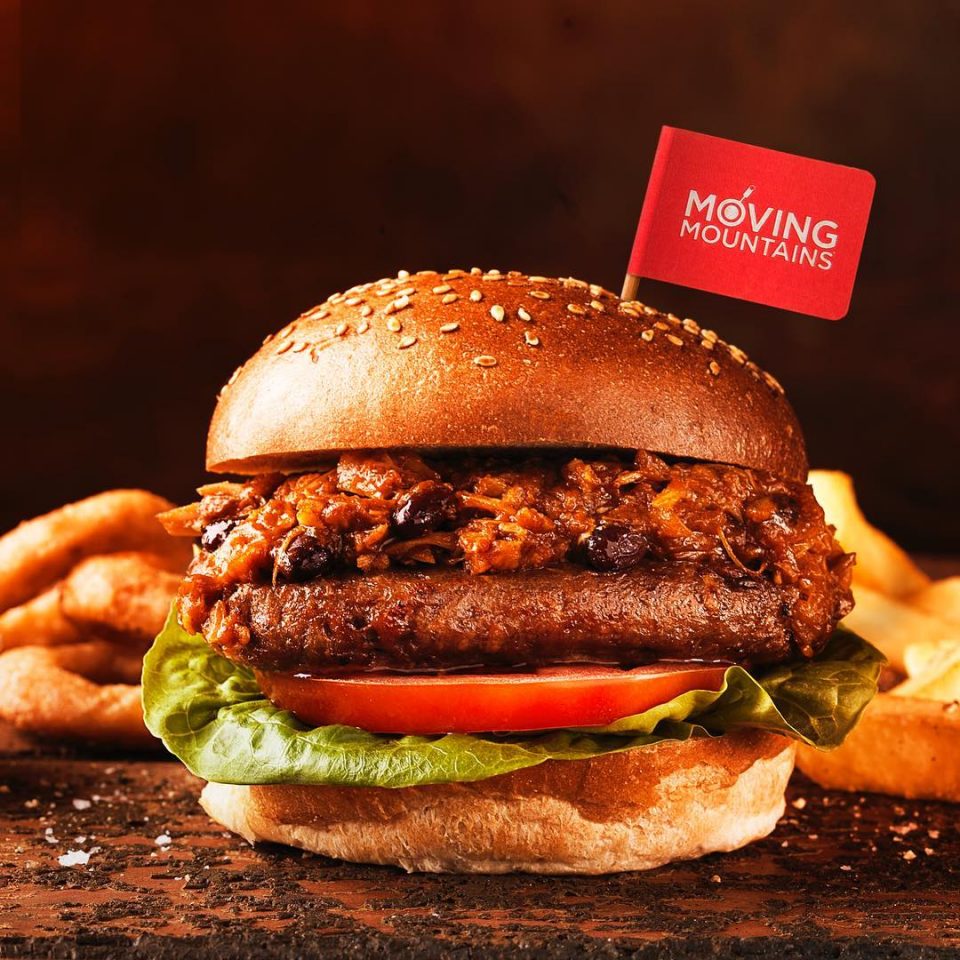 Moving Mountains in the UK released it’s “bleeding burger” to 400 UK pubs on the 5th September. Unlike the Impossible Burger this “blood” is beetroot juice!

It’s branded as the “B12 Burger” and according to their website is “Loaded with Herbs, Spices and packed with Vitamin B12 for extra nutrients”. It’s based on Mushroom, soy, pea and wheat proteins, with coconut oil for the fat content. Surprisingly it does list “preservative” on the ingredients list?

It’s the result of 3 years worth of work and apparently over 200 test kitchen recipes. Moving Mountains is owned by British company Ecozone, who are a plant based cleaning company.

Plant based foods are on the rise and the conventional meat industry needs to sit up and take notice, as the trend continues worldwide.