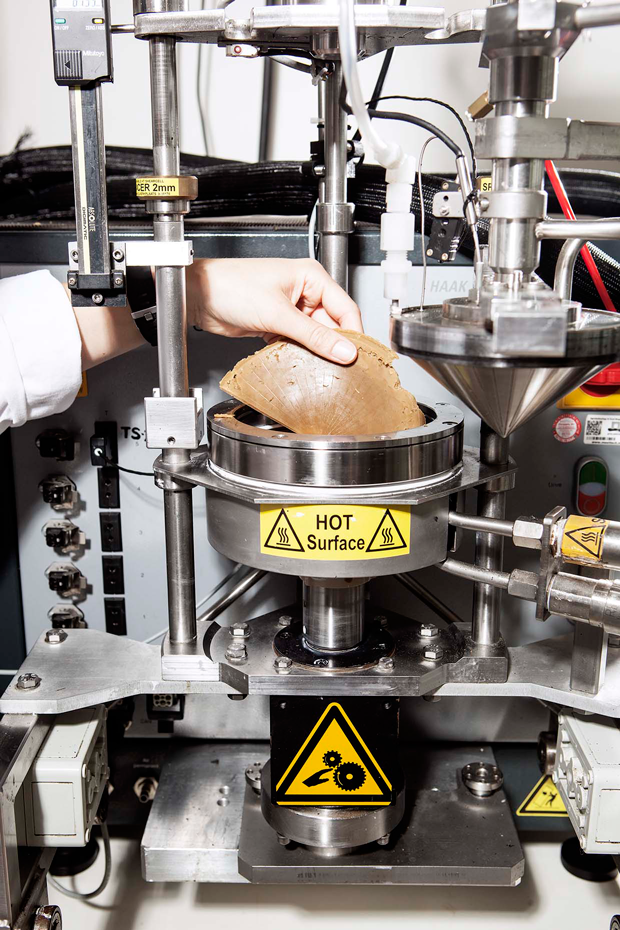 Most meat alternatives have focused on replacing ground meats, since the structure of whole muscle cuts including fat and connective tissue is hard to replicate.

Now a decade long project lead by Atze Jan van der Goot and colleagues at the Wageningen and Delft Universities aimed at mimicking whole muscle products is coming to fruition. “In 2017, a consortium called Plant Meat Matters was launched to commercialize the technology, with partners currently including Givaudan, Unilever, and Dutch meat-analogue maker The Vegetarian Butcher”. So there’s high level backing for the project and it’s yet another alternative to conventional meat. The important difference here though is that it’s potentially a competitor to whole muscle product, not just minced products. This factor therefore opens up a whole new competitive battlefront.

The machine itself is a version of the common extruder and produces “linear shearing… causing meatlike fibers to appear spontaneously. These fibers are key to replicating the look and texture of muscle meats, as opposed to ground meats.”

If the conventional meat industries fail to factor such competitors into their strategies they do so at their peril!

Food waste reduction not the answer to global hunger